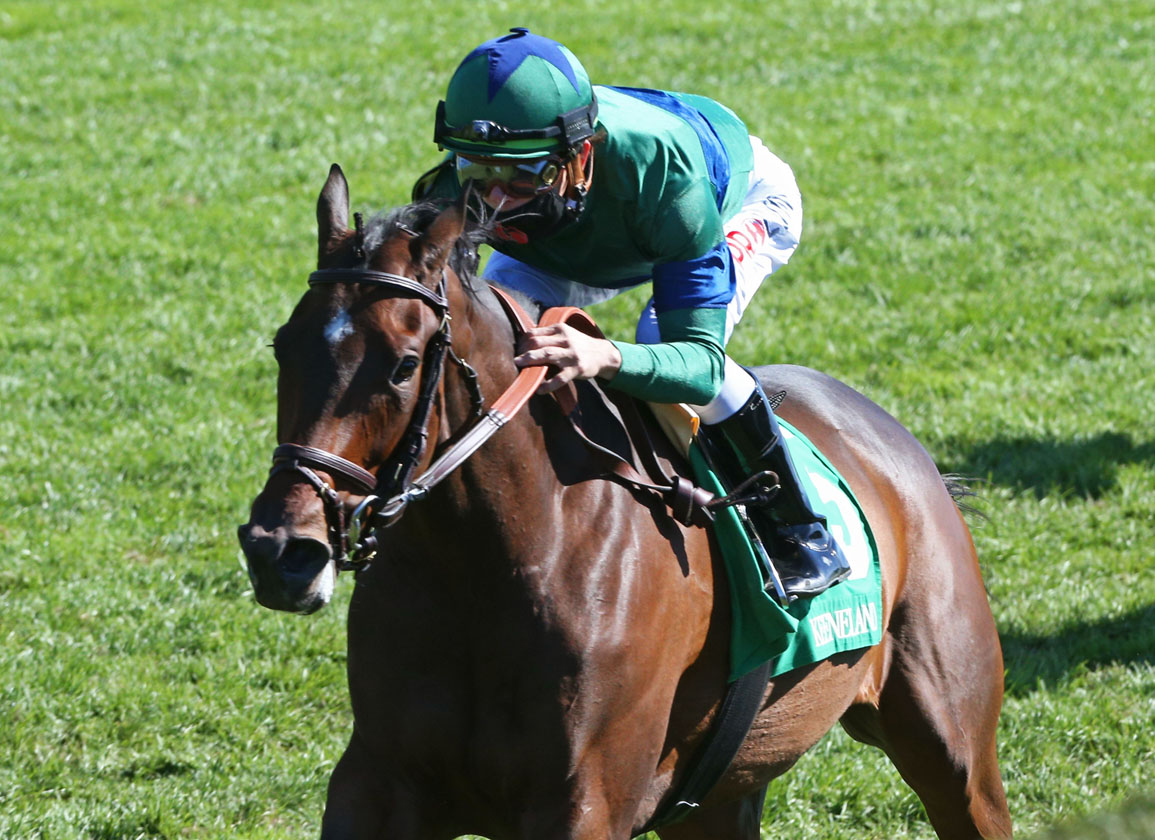 Two-year-old filly Haughty (Empire Maker), taken down from first to third for interference after a clear-cut debut victory at Belmont Sept. 17, and then unable to draw in off the also-eligible list for Wednesday’s GII JPMorgan Jessamine S., bested a solid-looking bunch at Keeneland Sunday to officially earn her diploma as well as the ‘TDN Rising Star’ nod. She had been flattered since her unveiling when the put-up winner that day was a close second at long odds in last week’s GIII Matron S., and the $310,000 OBS April grad (:10 flat) was backed here like a near cinch at 1-5.

The bay was away without incident and sat perched off the pacesetter while well held through splits of :23.96 and :48.89.  She took over approaching six furlongs in 1:13.53, and was confidently ridden from there, building up a four-length margin at the wire under a hands-and-heels ride from Tyler Gaffalione. Longshot Macadamia (Fr) (Wootton Basset {GB}) completed the exacta. The victory came some 20 minutes after the Chad Brown barn sent out another short-priced juvenile graduate at Belmont, and one day after the four-time Eclipse winner ran one-two in the GI Queen Elizabeth II Challenge Cup S. here and annexed the GII Sands Point S. in New York as well.

By David Grening ELMONT, N.Y. – Coasted won’t have to wait until the Breeders’ Cup…